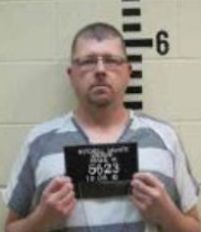 44-year-old Timothy Hines was charged with third-degree kidnapping and assault with the intent to commit sexual abuse after authorities received a complaint of an assault involving a 14-year-old girl in the 1900 block of Lime Kiln Road near Osage on April 17th.

Hines originally pleaded not guilty to the charges, but during a plea change hearing in January entered an Alford plea to the assault with the intent to commit sexual abuse charge, with the kidnapping charge being dismissed. In an Alford plea, a person doesn’t admit guilt but acknowledges there is enough evidence for a likely conviction.

District Judge Colleen Weiland on Tuesday sentenced Hines to five years in prison. He must also be on the Iowa Sex Offender Registry for a period of 10 years.