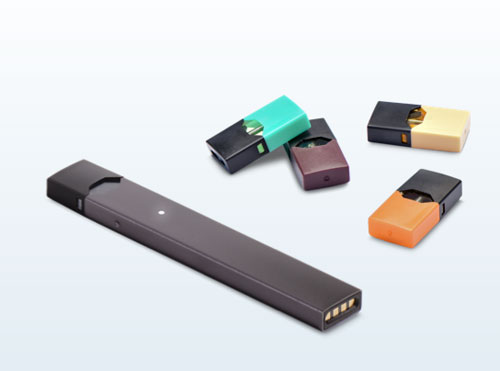 DES MOINES — The legal age for buying nicotine-infused merchandise — including cigarettes and “vaping” products — would jump from 18 to 21 under a bill that has cleared its first hurdle in the Iowa Senate.

Senate President Charles Schneider of West Des Moines is the Republican who’s sponsoring the bill. “I’ve got two of the largest, if not the largest public high schools in my district and probably the largest private high school in my senate district and I’ve been hearing more and more from parents and teachers about kids in high school who are using, particularly, vape products,” Schneider said, “and that it’s becoming an epidemic.”

Senator Tom Shipley, a Republican from Nodaway who also supports the move, has a daughter who teaches middle school in West Omaha.

“When I told her what I was thinking about doing, she said: ‘Oh, dad, you can’t believe it,’” Shipley said. “‘It’s just pervasive through this place. It’s just everywhere and most of their parents don’t even know they’re doing it. Here at school even.’”

Illinois and 10 other states have already raised the legal age for buying tobacco products. The move has the backing of the company that makes the JUUL nicotine pods as well as traditional tobacco companies.

“Youth access to tobacco products primarily comes from their social access and their friends who happen to be of age, but they are not,” Jeff Boeyink, a lobbyist for the parent company of Phillip Morris, said during a senate subcommittee hearing on the bill. “Moving from 18 to 21 removes most of this access out of the high school area, which is what we are trying to target here.”

The owners of the shops that sell electronic cigarettes and vaping products oppose raising the nicotine purchasing age to 21.

“You have to be 21 to buy alcohol. Thirty percent of teens drink alcohol, so if raising the age to 21 to buy alcohol didn’t fix teens drinking alcohol, it’s probably not going to fix teens vaping,” said Sarah Linden, the CEO of Generation V, with shops in Council Bluffs, Davenport and five others in Nebraska.

Health advocacy groups also oppose the bill. They want lawmakers to make the penalties for selling nicotine-infused products to minors tougher. They want an increase in the state’s tobacco tax and they want the state to spend more on programs that help smokers quit.

“Our goal is to improve upon the current bill and we are asking to be part of the solution,” Danielle Oswald-Thole, a lobbyist for the American Cancer Society’s Cancer Action Network, told senators.

She pointed to what she called “scary” statistics, like a 2018 survey that found 23 percent of 11th graders in Iowa had used an e-cigarette in the past month.