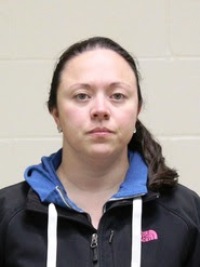 MASON CITY — A plea change hearing has been scheduled for a Mason City woman charged with insurance fraud and theft.

34-year-old Amber Griffin was charged with four counts of insurance fraud by presenting false information and one count of second-degree theft after an investigation by the Iowa Insurance Division’s Fraud Bureau.

The bureau says the charges stem from an investigation that started back in February of last year as Griffin allegedly submitted multiple fraudulent insurance claims to her insurance company seeking reimbursement through her insurance policy.

Griffin’s trial was scheduled to start next week, but online court records show that Judge Karen Salic on Tuesday approved the scheduling of a plea change hearing on March 20th.