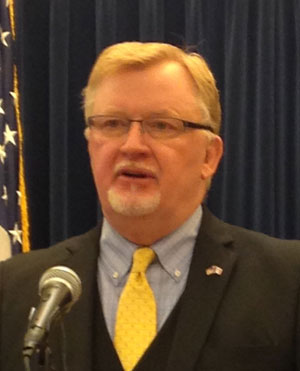 IOWA CITY, Iowa (AP) — The state of Iowa’s unprecedented decision to pay $4.15 million to victims of sexual harassment by an agency director came after one of their lawyers threatened to sue before the November election and to investigate the harasser’s long association with Gov. Kim Reynolds.

Emails obtained by The Associated Press show Attorney Paige Fiedler backed off her plan to file the lawsuit days before the election after a state lawyer told her that he had “just gotten authority this morning” to settle from the governor’s administration.

After Reynolds won the election, her administration backed the $4.15 million payout to two subordinates of former Iowa Finance Authority Director Dave Jamison, a Reynolds ally who had sexually harassed the women for years.

Fiedler says she demanded the settle agree to settle before the election because she believed Hubbell would be less likely to do so if elected.

A spokesman for Reynolds says the deals were good for taxpayers and Jamison’s victims.