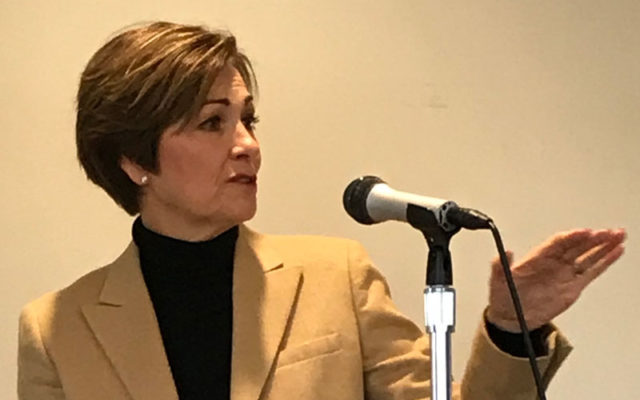 DES MOINES — Republican leaders in the Iowa legislature say they’ll “keep an open mind” as they wait for more details of the governor’s tax package.

“It’s kind of the canvas that I’ve laid out,” Reynolds said during an interview with Radio Iowa late Tuesday afternoon. “We have an opportunity to really set the stage — and I meant that in the speech — for the next 10 to 20 years.”

Reynolds used the word “comprehensive” to describe the plan.

“It touches everything,” Reynolds said. “I tried to think about all the issues, the different areas that people were invested in.”

The plan speeds up a series of income tax cuts originally approved in 2018 and adds a 10 percent across-the-board cut for most Iowans as well as a 25 percent reduction in state income taxes for low-income Iowans. The additional revenue from the one-percent state sales tax hike would have two uses under the Reynolds plan — first, to dramatically increase state spending on the mental health system for adults and children.

“And it invests significant dollars into water quality, conservation and quality of life,” Reynolds said, “and if we want our young people to stay in this state and we want to attract new people here, this is an opportunity to build out what that looks like.”