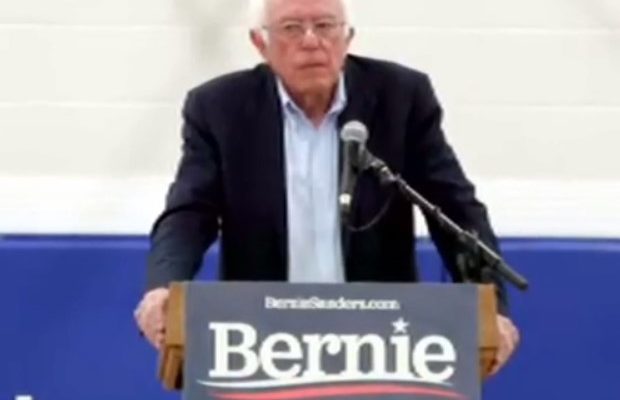 Vermont Senator Bernie Sanders has just declared himself the winner of the Iowa Caucuses — and he’s blasting the Iowa Democratic Party for the “screw up” of results.

“I think what has happened with the Iowa Democratic Party is an outrage, that they were that unprepared, that they put forth such a complicated process, relied on untested technology,” Sander said. The chairman of the Democratic NATIONAL Committee has called for a count of the Caucus results, but only CANDIDATES can do that. Sanders doesn’t seem inclined.

“Iowa is finally, hopefully, behind us,” Sanders said. Sanders says with 97 percent of precincts reporting, he has a “decisive margin” in the raw vote totals and only a “tiny fraction” separates his delegate tally from Pete Buttigieg’s delegate results.

“In my view, it is far too complicated.” Sanders says it is unacceptable he had to declare victory three days after the Caucuses, while standing in New Hampshire, because the Iowa Democratic Party did not produce timely results.

“I have been all over the state, as you well know we have held 120 rallies and town meetings and these are serious people who are trying to do the best they can in determining who the best candidate for president is,” Sanders says. The Buttigieg campaign, meanwhile, has raised concerns that the Iowa Democratic Party did not properly calculate the delegate math from satellite caucuses.