Sanders on the State Fair Soapbox, too 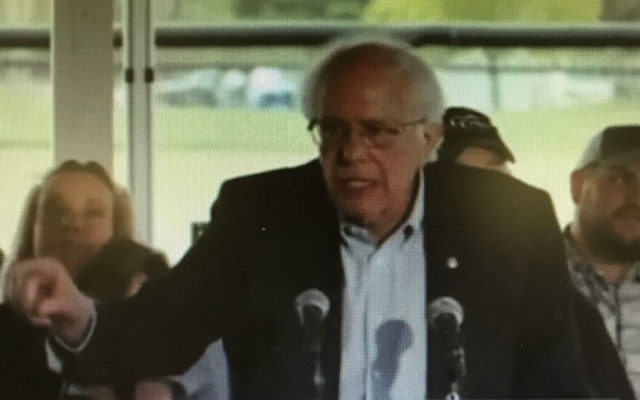 “Let me begin by thanking the people of Iowa for playing an extraordinary role in transforming politics in America,” Sanders said. Sanders spoke Sunday afternoon on The Des Moines Register’s Political Soapbox at the Iowa State Fair. Sanders called Trump the “most dangerous president” in modern history and he called on his supporters to stand against racism and divisiveness.

“This is an unprecedented and monumental moment in American history and we do not have the luxury of becoming depressed, the luxury of throwing up our hands in despair,” Sanders said. “This is the moment that history will judge us by.” Surrounded by a throng of supporters — some of whom recited lines from the speech along with him, Sanders identified the Iowa Caucuses as crucial to his campaign.

“I need your help, because we’ve got to win here in Iowa,” Sanders said. Colorado Senator and Democratic presidential candidate Michael Bennet spoke to the crowd shortly before Sanders, cautioning Democrats that universal health care and free college would be losing issues in the 2020 General Election. Bennet, a former superintendent, said universal preschool would be a wiser use of tax dollars — but he said it’s not a higher priority for candidates like Sanders because preschoolers don’t vote.