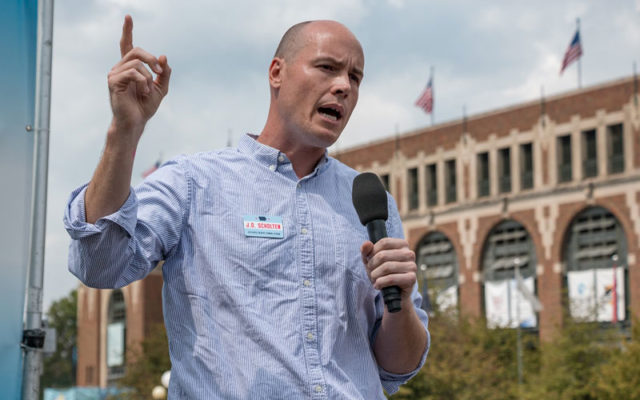 SIOUX CITY — The Democrat who came within three points of defeating Republican Congressman Steve King in 2018 will run for congress again in 2020.

J.D. Scholten released a campaign video ad this morning to make the announcement and he’ll hold a campaign rally in his hometown of Sioux City tonight. A rematch with King is not certain.

King faces three GOP challengers in the fourth congressional district, although King could run as an independent candidate in November of next year if King loses the June Primary.

Republicans hold a voter registration edge of about 70,000 in the fourth congressional district. In 2018, Scholten won the six largest counties in district.