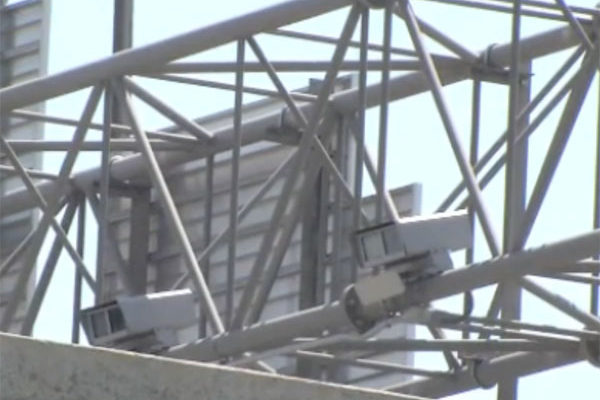 A state senator who’s tried for years to ban traffic enforcement cameras in Iowa is making another run at it in 2019.

“This is about what I’ve said many times being able to face your accuser, that you are presumed innocent until proven guilty.” Senator Brad Zaun, a Republican from Urbandale, has been trying for a decade to get rid of the cameras that generate tickets for the owners of vehicles caught running red lights or speeding.

“I still hear on a weekly basis…from people who are upset about these traffic cameras,” Zaun says. Zaun’s traffic camera ban has again cleared the first procedural hurdle in the Iowa Senate, but Senator Jake Chapman, a Republican from Adel, has taken the baton from Zaun, and is now serving as the manager of the bill. Chapman is the chief operating officer of a private ambulance service in Des Moines and used his company’s G-P-S technology to challenged two traffic camera tickets issued to his vehicles.

“We have the technology to fight those, but the common, everyday Iowan does not have bread-crumb trails that they can pull up on their vehicle to show where they were at any particular time and so I’m gravely concerned with how accurate these cameras are,” Chapman says. Senator Tony Bisignano, a Democrat from Des Moines, opposes the traffic cam ban. Bisignano says he’s tired of this annual debate.

“We’ve been over this road so many times,” Bisignano says. “…I trust the police chief to do what’s best not only for the public safety, but also safety of his officers.” A House panel is considering a different approach that would establish statewide standards for where traffic cameras may be placed and how the revenue from the tickets may be used.