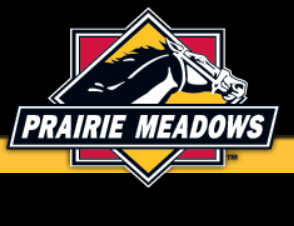 DES MOINES — Bills pending in the Iowa House and Senate that would let the state’s casinos take bets on professional and college sports would also boost the prize money for the owners of horses that race at the track in Altoona. Sandra Conlin of the Iowa Quarterhorse Racing Association addressed senators during a subcommittee hearing yesterday.

“Those horse owners have veterinarians and they buy feed. They have trainers,” Conlin said. “They are investing in their communities through horse racing all over the state, so it does help support rural Iowa, so we’re very thankful you put that in there.”

Troy Skinner, a lobbyist for Prairie Meadows, said 65 percent of the prize money awarded at the track goes to horse owners who do not live in Iowa.

“It’s true that they oftentimes spend money on vets and hay and things in the state,” Skinner said, “but much of that money is going out of state.”

Kellie Paschke, another lobbyist for Prairie Meadows, told lawmakers the Altoona casino is contributing $20 million dollars to the horse track now — and it isn’t profitable.

“We feel that the horse purses receive adequate funding already,” Pasche said, “and adding to those losses treats us differently than every other casino in Iowa.”

Jon Murphy, a lobbyist for the Iowa Greyhound Association, asked senators to consider using sports betting profits to boost prize money for races at the greyhound track in Dubuque as well.

“In the spirit of ‘it’s not over ’til it’s over,’ we would like to continue that conversation…until the buzzer has sounded, so to speak,” Murphy said.

Senator Pam Jochum, a Democrat from Dubuque, doesn’t support increasing the size of the prizes or “purses” paid to winning racers at the two tracks.

“Really, truly do not understand why we need to continue putting more and more money into purses,” Jochum said, “so I am having some real heartburn over that part of the bill.”

Senator Roby Smith of Davenport is the Republican who’s guiding the bill through the legislative process and he’s presided over six public hearings on the evolving proposal.

“There are a couple of pieces that we’re hearing feedback on. We’re willing to take a look at it and this will not be the final product,” Smith told reporters. “I’m sure there will be changes on this.”

The next stop for the sports betting bill in the Senate is the ways and means committee. Similar legislation has cleared two committees in the Iowa House.