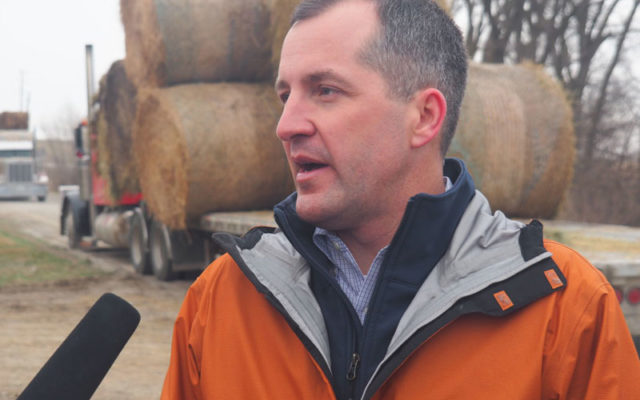 Naig says they’ve received a lot of questions already about industrial hemp.  “I think there’s been a real interest looking for additional opportunities and opportunities to diversify,”Naig says. “Hemp really probably has been the top of mine or the crop that’s been getting a lot of focus after the 2018 Farm Bill cleared the way.”

The proposed administrative rules that will regulate the planting, growing and harvesting of commercial hemp.  “We’ve been working the better part of the last year to get our program ready to launch here so folks can participate in that market in the 2020 growing season,” according to Naig.

Comments on the proposes rules will be accepted until 4:30 p.m. on January 22nd. It is not legal to grow, possess, buy or sell hemp in Iowa until the U.S.D.A. approves the state plan.

Naig says hemp isn’t the only crop he sees as an opportunity for ag diversification in 2020. “I’ve also seen just continued interest in local foods. Local and regional foods, food hubs, community supported agriculture — a real interest in consumers knowing more about where their food comes from,” Naig says. “So, we continue to think there’s opportunity there as well.”

He says growing food for regional use has a lot things that make it attractive. “The Ag Census actually showed that the number of small farms is increasing dramatically –and it’s a good thing when you look at the opportunity to get into produce and to supply local food — you don’t need significant acres to get started. You don’t need a significant number of acres to make a living and to have a real thriving business,” Naig says.