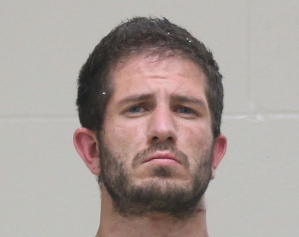 MASON CITY — A Mason City man has been placed on probation after pleading guilty to first-degree theft.

A criminal complaint says police on September 30th responded to a possible robbery in the 600 block of North Pennsylvania, with a caller stating that he was trying to sell an item and a male subject tried taking it from the caller. Police say the caller was assaulted by the male, with the caller then using his knife to get away from the male. The caller declined medical attention while the male was later taken to MercyOne North Iowa Medical Center where he was treated for minor injuries.

28-year-old Derek Rafael was arrested and charged with second-degree robbery, a Class C felony. Rafael had originally pleaded not guilty to the charge but in December pleaded guilty to an amended charge of first-degree theft.

He was sentenced on Monday by District Judge Rustin Davenport to a ten-year suspended prison sentence and up to five years probation. He must also serve 180 days in a residential facility.