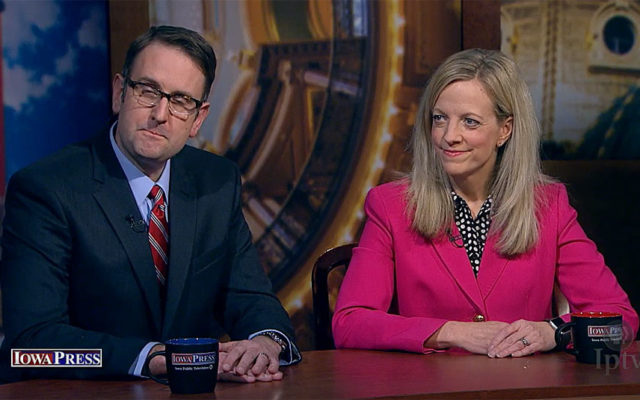 JOHNSTON — The top two Democratic leaders in the state legislature say they’s open to considering changes to when Iowa voters may cast early or “absentee” ballots, but both say they will resist wholesale changes.

“My concern is that the clean-up language doesn’t make it harder for people to have their votes counted,” Senate Minority Leader Janet Petersen, a Democrat from Des Moines, said on this weekend’s “Iowa Press” program on Iowa Public Television.

The rules for counting absentee ballots are at the center of a disputed northeast Iowa legislative race. Absentee ballots are to be mailed the day before the election, but the Postal Service no longer guarantees mail gets a postmark showing when it was mailed. Bar codes on a batch of uncounted ballots show they were mailed by the deadline.

“All of these 29 disputed ballots were mailed by the information put on the envelope, so it would be nice, maybe, to clarify, but I think the law is pretty clear,” House Minority Leader Todd Prichard, a Democrat from Charles City, said on “Iowa Press.”

A state senator has introduced a bill that would allow county auditors to determine when absentee ballots are mailed by “any means of tracking” offered by the U.S. Postal Service. The attorney representing the lawmaker who won the northeast Iowa House race by nine votes argues the 29 uncounted ballots do not have the legally required “intelligent bar code” that can only be tracked through a subscription service — and the Winneshiek County auditor did not pay for that subscription.