Two Iowa governors — one Democrat, one Republican — share a meal 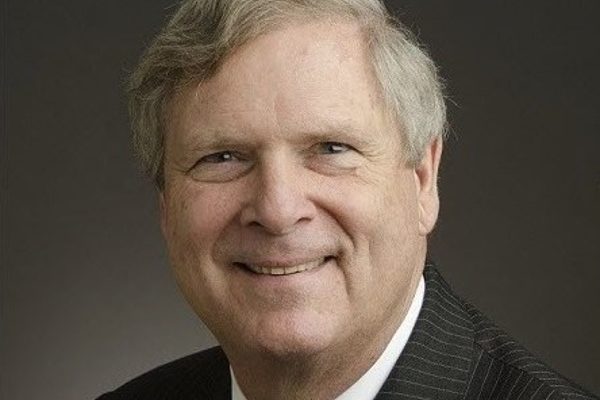 DES MOINES — Two Iowa governors who first chatted 32 years ago on a doorstep in southeast Iowa recently met privately for a meal, chatting about the past and at least one idea for the future.

Former Governor Tom Vilsack and his wife, Christie, hosted current Governor Kim Reynolds and her husband, Kevin, in their suburban Des Moines home. Vilsack, a Democrat, said he extended the invitation to Reynolds, a Republican, partly because he was always intrigued by the friendship of former Presidents George Herbert Walker Bush and Bill Clinton.

“You can still have disagreements about policies, but still remain friends as people,” Vilsack told Radio Iowa. “I think it’s important in this climate, particularly, for opportunities that folks like myself may have to reach out and folks like Governor Reynolds may have to reach out and that we take full advantage of and, to her credit, she was open to it and we had a great time.”

The two governors first met in 1987 when Reynolds and her family were living in Mount Pleasant and Vilsack was running for mayor. 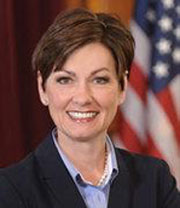 “The governor lived in an apartment complex in Linden Heights which had a lot of potential votes and I was there knocking on doors one day and I knocked on her door, and we both kind of chuckled about the fact that if someone was there with a camera and had taken a photo and said: ‘Here’s a photograph of two would-be governors of the state of Iowa,’ I’m pretty sure we would have said that person was crazy,” Vilsack said, with a laugh.

Kim Reynolds and Christie Vilsack had a shared past, too.

“We were in the same sorority when the babies, her babies, the kids were little,” Reynolds told Radio Iowa.

Reynolds said there was “no agenda” for the shared meal — Christie Vilsack served an Iowa-themed menu — and Reynolds described the evening as “very, very relaxing and enjoyable.”

“There are not just very many people that are governors, so it’s just fun to share stories,” Reynolds said.

Reynolds indicated they did talk about a vexing problem in rural Iowa — the lack of child care options.

“There are a lot of businesses that are starting to bring daycare in-house, because it’s a tool to get employees,” Reynolds told Radio Iowa.

Reynolds said she’s considering whether tax credits might prompt more businesses to offer on-site day care or if there are ways to co-locate child care in already existing facilities that serve elderly Iowans. Vilsack, who served eight years as U.S. ag secretary, indciated there are likely U.S.D.A. grants and loans available to finance the equipping of day care centers.

In 2016, Vilsack appeared at a news conference with then-Governor Terry Branstad to support Branstad’s proposal for financing water quality efforts in the state. Vilsack also attended Reynolds’ inauguration this past January.