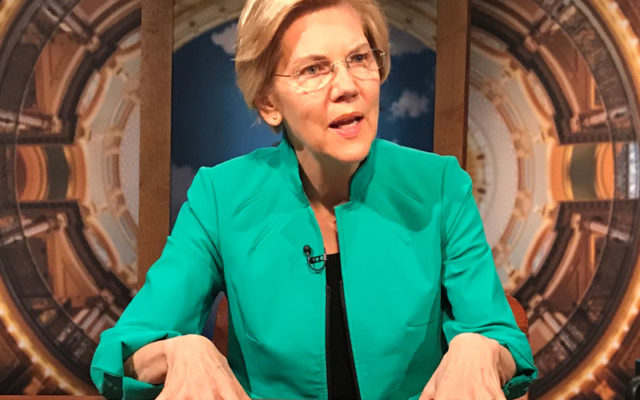 DES MOINES — Massachusetts Senator Elizabeth Warren is counting on her detail-oriented campaign staff and volunteers to carry her across the Caucus-Night finish line. Warren flew back to Iowa this past weekend during a break in the Senate’s impeachment trial.

During campaign events and in an interview with Radio Iowa, Warren emphasizing the first bill she’d seek as president would be an “anti-corruption plan.” It calls for changing the rules for lobbyists — banning lobbyists from fundraising for political candidates.

It also would require everyone who runs for public office to release their tax returns. “Folks who are in office right now might not like that, Democrats or Republicans, but people all across this country do — Democrats and Republicans,” Warren said. “…I want to get people all across our country stirred up all around that to push for that and hold our congress accountable.”

Warren has been telling Iowa audiences “nibbling around the edges” isn’t good enough. “We need big ideas to inspire people to get out and caucus and get out and vote,” Warren said. Warren, though, has reduced her closing argument to three words: don’t be afraid. “Do we say: ‘Okay, let’s be cautious. Let’s try to figure out what the safe move here is’? Or do we say: ‘We can build a better America.”

Warren is highlighting her gender after more than 100 women won 2018 congressional races.”It’s so funny that people ask the question: ‘Can a woman win?’” Warren said. “Well, look at what’s happened…The world of 2020 is not the world of 2016.” Warren said.

On Tuesday, your heard Joe Biden’s closing message to Iowans. Thursday, Radio Iowa will bring you the latest on Amy Klobuchar’s campaign sprint.