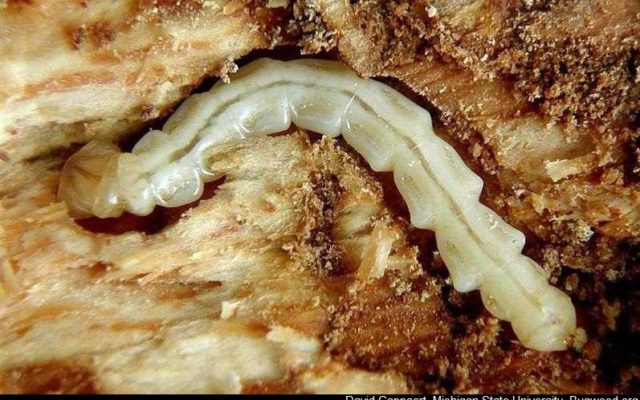 Samples were found in New Hampton in Chickasaw County, Hampton in Franklin County and Anamosa in Jones County. Officials with the Animal and Plant Health and Inspection Service of the U.S. Department of Agriculture confirmed the samples positive for the emerald ash borer.

Infected trees usually lose leaves at the top of the canopy and the die-off spreads downward. The trees usually die within four years.