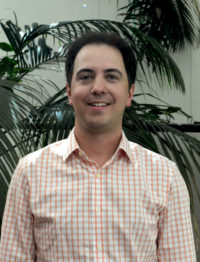 DES MOINES — State Climatologist Justin Glisan says there’s a “moderate to major” risk of flooding as the snow that’s piled up in Iowa begins to melt.

“If you look at the snow-water equivalent of the snow pack that we have right now there’s anywhere from two-to-four inches of water available once it all melts, so we don’t want it melting at one time,” Glisan says.

A rain storm would be most worrisome, according to Glisan, as the snow would melt and be swept into rivers and streams. The best scenario — in more ways than one — is warmer temperatures.

And those 30- and 40-degree days are in the forecast for late this week. Iowa temperature and rainfall records date back to 1873. Snowfall measurements in Iowa data back to 1887. Glisan says like many meteorologists, he’s conflicted about this winter’s weather. As a scientist, he’s fascinated by the snowfall records, but personally the impact isn’t all that exciting.

“As a kid, I loved snow. Snow days are fun. Playing in the snow is fun. As an adult, shoveling snow is not fun,” Glisan says. “As the state climatologist, looking at all the problems that snowfall portends for agriculture or livestock, since we’re in calving right now, I don’t enjoy those types of problems, but it is very interesting to see how the trends are shaking out and various records are being broken across the state.”

The forecast indicates there’s a chance for snow again in Iowa on Thursday.