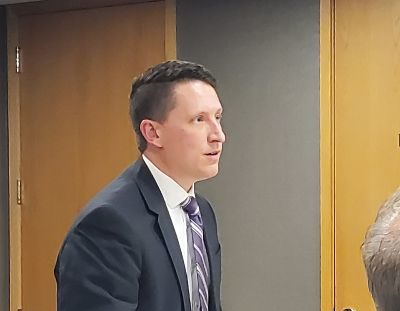 DES MOINES — The Iowa Economic Development Authority’s Board of Directors this morning heard from Mason City representatives about the progress of the River City Renaissance project.

The IEDA Board had contingently approved a maximum benefit of almost $9.2 million for the downtown project through the state’s Iowa Reinvestment Act. The $38 million Renaissance project includes the new multi-purpose arena scheduled to open in early December in the former JC Penney location of Southbridge Mall, a $24 million, 112-room Hyatt Place hotel in the eastern part of the main parking lot of the mall, a convention center complex that includes the hotel and Music Man Square, and a performing arts pavilion on the mall’s north side.

Some of the contingencies that the board had put in place were past due, but the board approved a new set of contingencies to keep the project moving. The biggest one extends the deadline to March 31st for the submitting of a letter acceptable to the IEDA Board that financing for the hotel construction has been secured by Gatehouse Capital.

IEDA director Debi Durham thanked the leaders on the project for bringing things together since G8 Development defaulted on being the hotel developer.

Board member Chris Murray thanked City Administrator Aaron Burnett for bringing together the partners in the project to move things positively forward.

The board also approved another contingency that says weekly updates from city officials will continue to be provided to the IEDA staff.