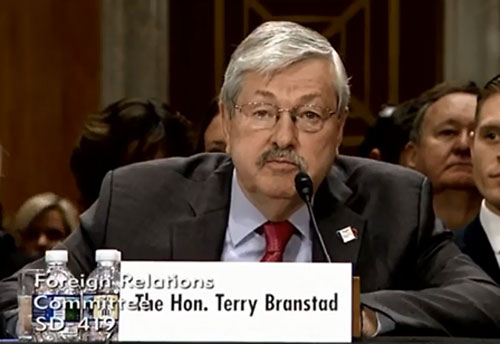 DES MOINES, Iowa (AP) — The trial over allegations that former Iowa Gov. Terry Branstad pressured an official to quit because he was gay has begun in state court and will center on whether the jury believes the Republican governor was influenced by his party’s anti-gay attitudes.

Harty told jurors, “elections have consequences” and that Godfrey was part of a Democratic team that didn’t want to accept defeat.

Godfrey’s attorney Roxanne Conlin will attempt to convince eight jurors that Branstad was the leader of an anti-gay Republican Party and unlawfully cut Godfrey’s pay by $39,000, then ostracized and sidelined him.