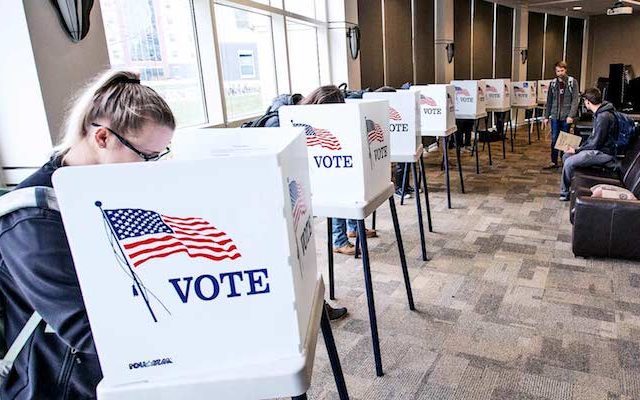 DES MOINES, Iowa – Iowa will play a pivotal role in the selection of 2020 presidential candidates – but too often, Iowans living with disabilities just don’t vote.

About 11% of Iowans report having a disability, but that figure jumps to 30% for people age 65 and older. National Disability Voter Registration Week starts Monday, July 15, an effort to make this bloc of voters more influential.

Rik Shannon, public policy manager for the Iowa Developmental Disabilities Council, says barriers faced by people with disabilities will be acknowledged during “Rev Up” week.

“‘Rev Up,’ stands for register, educate, vote, and use your power,” says Shannon, “all of which are really applicable to a growing segment of the population. People with disability in 2020 will number about 23% of the vote.”

It’s estimated one in four U.S. adults has a disability. A study by Rutgers University found that if people with disabilities voted at the same rate as people without, there would be nearly 2.5 million more votes cast.

Democratic presidential hopefuls have been in Iowa for weeks, but Shannon says exposure to the candidates doesn’t necessarily turn into votes. The Rutgers study showed that, although the 2018 midterm elections experienced the highest voter turnout ever among people with disabilities, a nearly 5% gap still existed between them and other registered voters.

In January next year, Democratic voters in both Iowa and Nevada will be able to caucus through their phones for the first time, after the Democratic National Committee mandated that caucuses find ways to be more inclusive.