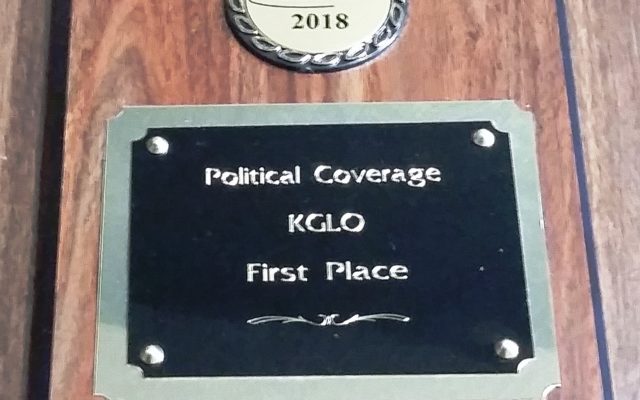 JOHNSTON — KGLO News Director Bob Fisher received several honors as part of the Iowa Broadcast News Association’s 2018 Awards Contest. The awards were handed out during the group’s convention in Johnston on Saturday. 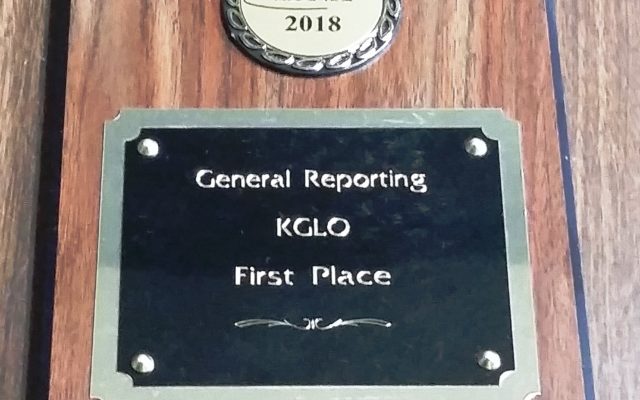 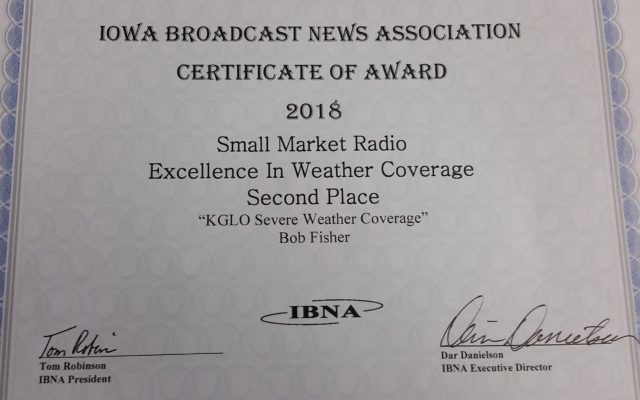 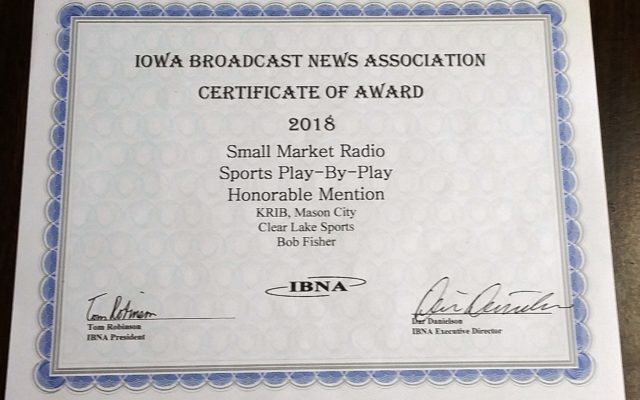 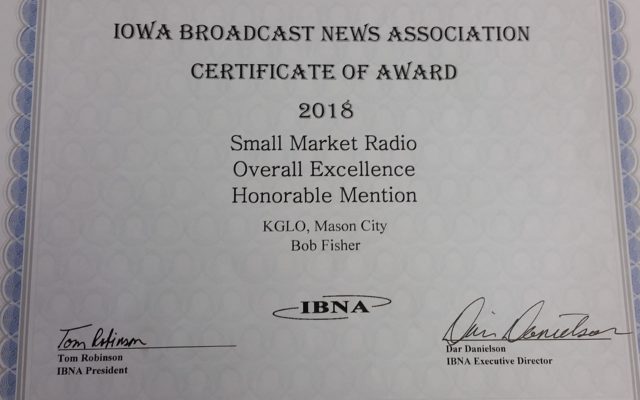 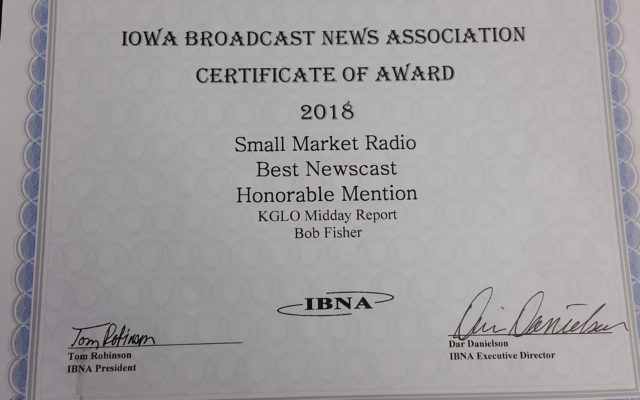 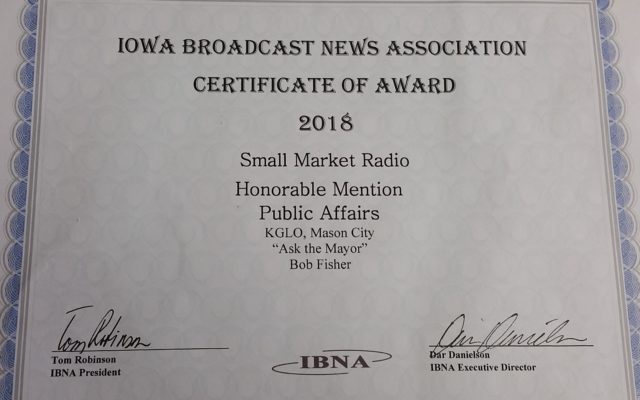 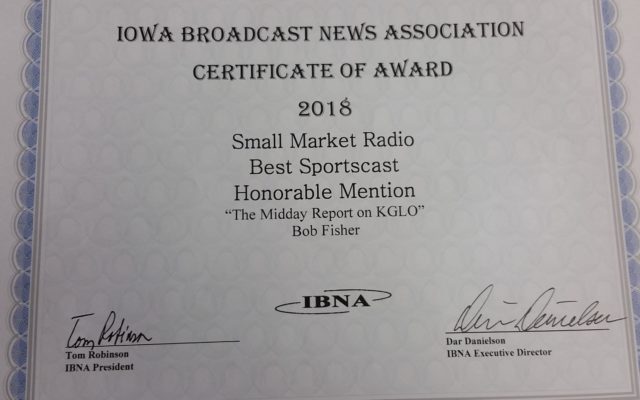