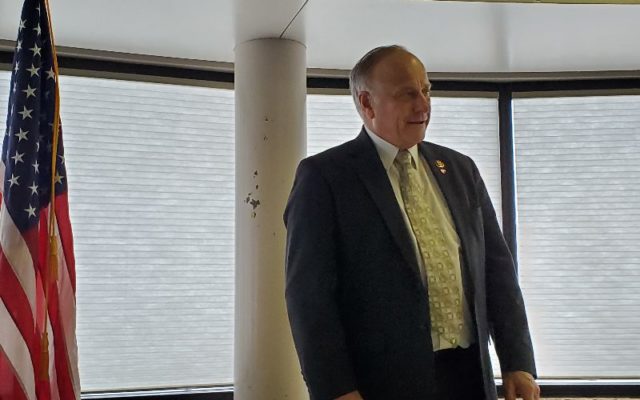 North-central Iowa congressman Steve King says he wishes the impeachment of Donald Trump didn’t happen, but the charges that House Democrats are arguing in the Senate’s trial are baseless.

“The charges that they used don’t exist anywhere in law or anywhere in the Constitution. The charges of abuse of power and obstruction of Congress, nobody ever wrote a law against that. It’s like saying you’re guilty of collusion. Well what’s the definition of collusion? If we collude together to do something that’s good, that shouldn’t have a negative connotation on it should it? So anyway those words got bandied about, and in the end they decided that they were going to impeach the president,” he says.

King says any previous president likely could have been charged with abuse of power under the Democrats’ definition. “Abuse of power can be just something for them, just as certainly as if you disagree, and they believe the president should have done some different things in a different sense of timing. Under those standards, any president can be impeached anytime.”

King says a motion by Senate Republicans to dismiss the charges would leave a bad taste in Americans mouths, thinking Republicans were hiding something. He says a full-length trial wouldn’t be the best thing either. “To have a long, drawn-out trial, with all kinds of witnesses to tell a long narrative story, I wish the American people could absorb all of the things that need to be brought out in this, but I don’t think that’s also very prudent to hang out for months at a time. Let’s get it done and get on with the business of our country. “

King hopes in the end the Senate will conduct what Americans will think is a fair trial. “Hopefully in the end, the objective is so that everybody in America thinks there was legitimate trial, that with due process, and that treated the president fairly with a verdict and reflects the actual truth and perhaps even the will of the American people, I hope it is.”