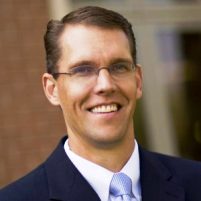 HULL — Republican Congressman Steve King will face a primary challenge if he seeks a 10th term in the U.S. House next year.

Republican State Senator Randy Feenstra of Hull announced this morning he will run for congress in the fourth congressional district. Feenstra, who called King “caustic” in a written statement, was first elected to the state senate a decade ago.

Feenstra said the fourth district “doesn’t have a voice” in Washington right now because of King’s “sideshows and distractions.”

The district has a significant Republican voter registration edge, but Democrat J.D. Scholten came within about 11-thousand votes of defeating King in November. Republican Governor Kim Reynolds, who won the district by 18 points, said after the election that King has to decide whether he wants to be in congress or do something else.

Last week, King announced he’d hold town hall meetings in each of the district’s 39 counties — a practice King had suspended after complaining “paid protesters” were disrupting his events.

King has drawn rebukes from fellow Republicans over the years. A key House Republican publicly condemned King’s behavior in late October, saying it’s important to “stand up against white supremacy and hate.”

Feenstra has been the Sioux County Treasurer and the city administrator in Hull. He’s currently teaching at Dordt College in Sioux Center.