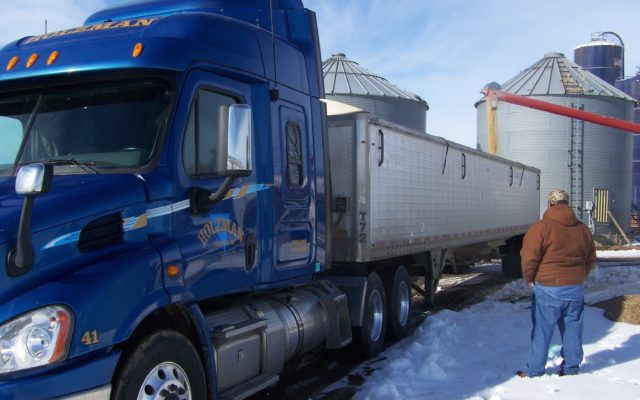 DES MOINES — Due to the extreme demand for propane, an emergency declaration is being issued for Iowa and several other Midwestern states by the Federal Motor Carrier Safety Administration.

Deb Grooms, CEO of the Iowa Propane Gas Association, says part of the problem is that farmers across the region are trying to complete their harvest at the same time.

Grooms says, “What I’m hearing from the farmers and my propane retailers is that it’s taking a lot more to dry the corn because it’s coming out so wet, so we’re using a lot more propane than anticipated for drying the corn this year.”

The emergency declaration means truckers hauling the propane don’t have to count the time they sit in line at a terminal against the hours they’re on the road transporting it.

Grooms says the urgent situation has prompted a cooperative spirit.

“One of the big things we’re doing right now is taking trucks to Conway, Kansas. There is plenty of product there, so we are having a lot of trucks go there to bring propane back to the state,” Grooms says. “We have had trucks from a lot of the Southern states volunteer to come up and help transport and that is a big thing for us to have other people helping us do that.”

The other states covered under the declaration are Illinois, Missouri, Minnesota, Wisconsin, Nebraska and South Dakota.

Grooms says some farmers have volunteered to delay drying their corn so deliveries can be made to homeowners and livestock producers who depend on the propane to keep themselves and their animals warm.