Water quality lawsuit against State of Iowa to proceed 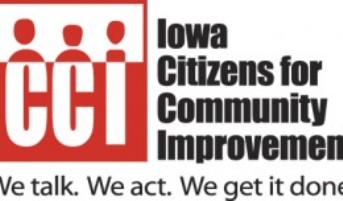 DES MOINES — It appears a lawsuit seeking a moratorium on new livestock confinements near the Raccoon River and action to limit farm chemical run-off into the river will go to trial.  A district court judge has rejected a request from attorneys representing the state to have the lawsuit dismissed.

“It’s saying we, as a state, need to protect the waterways,” says Kim Stephens of Nevada, a member of Iowa Citizens for Community Improvement, one of the groups that filed the lawsuit.

State officials have pursued a voluntary “nutrient reduction strategy” rather than enforce limits on how much nitrogen or manure farmers may apply on cropland. The Raccoon River is the source of drinking water for half a million Iowans and Stephens says court action is necessary because the voluntary approach to cleaning it up isn’t working.

“At first I didn’t really get what the issue was. I thought it was just the smell,” Stephens says. “As I learned more about it, I realized there were a lot of health impacts that come from particularly the manure waste that comes from the hogs and that waste has to go somewhere and where it ends up going is on fields.”

The lawsuit is seeking a court order requiring state officials to adopt a mandatory plan to clean up the Raccoon River. Stephens says as the mother of three young boys, she’s worried about whether the water they come into contact with is clean.

“We live on the family farm. My father-in-law built our house and we want to give them every reason to stay in Iowa and one of those reasons is to enjoy the waterways,” Stephens says. “I hope we find success with this lawsuit.”

Attorneys representing the state say the legislature and other state officials have taken many steps to address water quality concerns and they argued it’s inappropriate for the courts to settle a political debate over how to address water pollution.